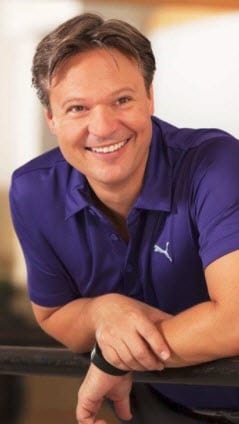 Rich Grund began his dance training at Northern Illinois University where he completed his theatre BFA in dance performance with minors in music and acting.  He trained for two summers in London with Nancy Kilgour and Anna DuBoisson and performed the acclaimed Eater of Hearts solo for the American College Dance Festival before graduating as the Dean’s Award recipient for the School of Theatre and Dance.

Upon graduation, Rich joined the Dayton Ballet, ultimately performing principal and soloist roles in over forty ballets in the company’s repertoire, including works by Alvin Ailey, Gerald Arpino, Septime Webre, Colin Connor, Dermot Burke, Stephen Mills, Christian Holder, Rebecca Wright, Christopher Fleming and many others.  His most recognized performances include leading roles in Romeo and Juliet, TOMMY, Dracula, The Nutcracker, A Streetcar Named Desire, A Christmas Carol, The Three Musketeers and There Was a Time.  In addition he was appointed Rehearsal Captain for the company and assisted in staging company repertoire.  He received the Josie Award in Dayton in 2008 for outstanding artistry in dance.

Rich toured three years with David Taylor Dance Theater, now Zikr Dance Ensemble, performing throughout the United States and internationally.  Other international credits include dancing by invitation with the Finnish National Ballet and performing in Cuba for two weeks in 2000 having been commissioned through a grant from the Harkness Foundation.

Following his dancing career, Rich accepted appointment with Ballet Nouveau Colorado, now the Colorado Conservatory of Dance, as director of the School, managing all aspects of faculty and curriculum.  CCD is one of only two National Guild Schools of the Arts in the state of Colorado.  He is a current candidate of the Royal Academy of Dance MAE dance program and is proud to come home to NIU as an assistant professor in Dance with emphasis in classical ballet training, male technique and partnering.