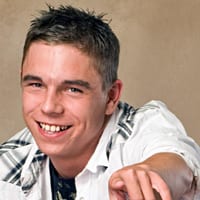 ROBERT LEWIS – STUDIO OWNER, CHOREOGRAPHER, TEACHER is currently teaching and performing in LA CA. began his dancing career at age 4, and has studied all forms of dance – ballet, jazz, lyrical, tap, and hip hop, but his specialty is hip hop. Robert recently performed
with Xtreme Dance Crew on the second season of MTV’s hit show, America’s Best Dance Crew. He has opened for Souja Boy, Bow Wow and Mims, and was part of the ABDC tour performing at the Rosemont Theatre with the Xtreme Dance Crew.