This December, the Beth Fowler Dance Company and Beth Fowler School of Dance will renew a beloved local holiday tradition, as they celebrate their return to the live stage, and again usher in the magic of the holiday season, presenting “The Nutcracker Ballet.” 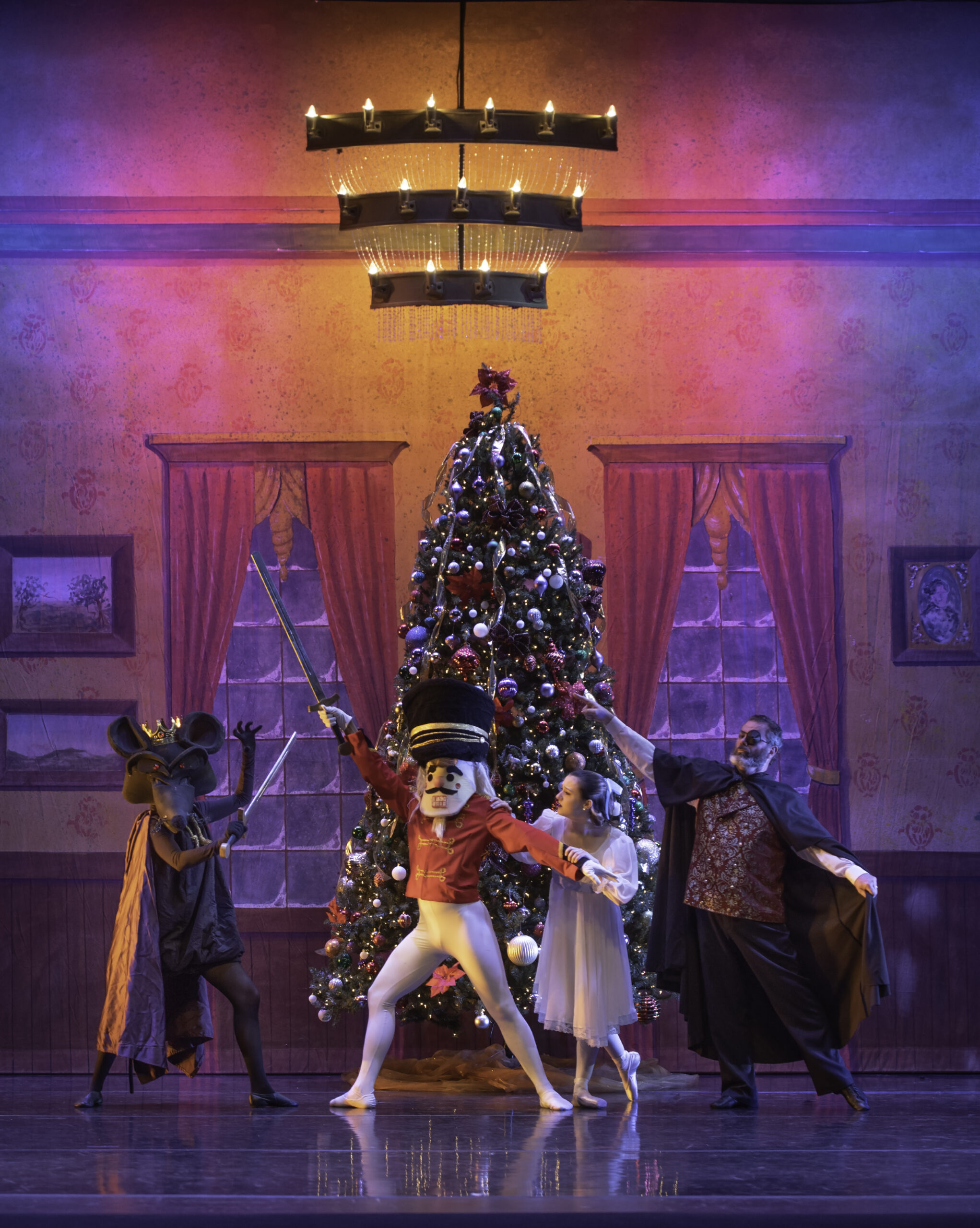 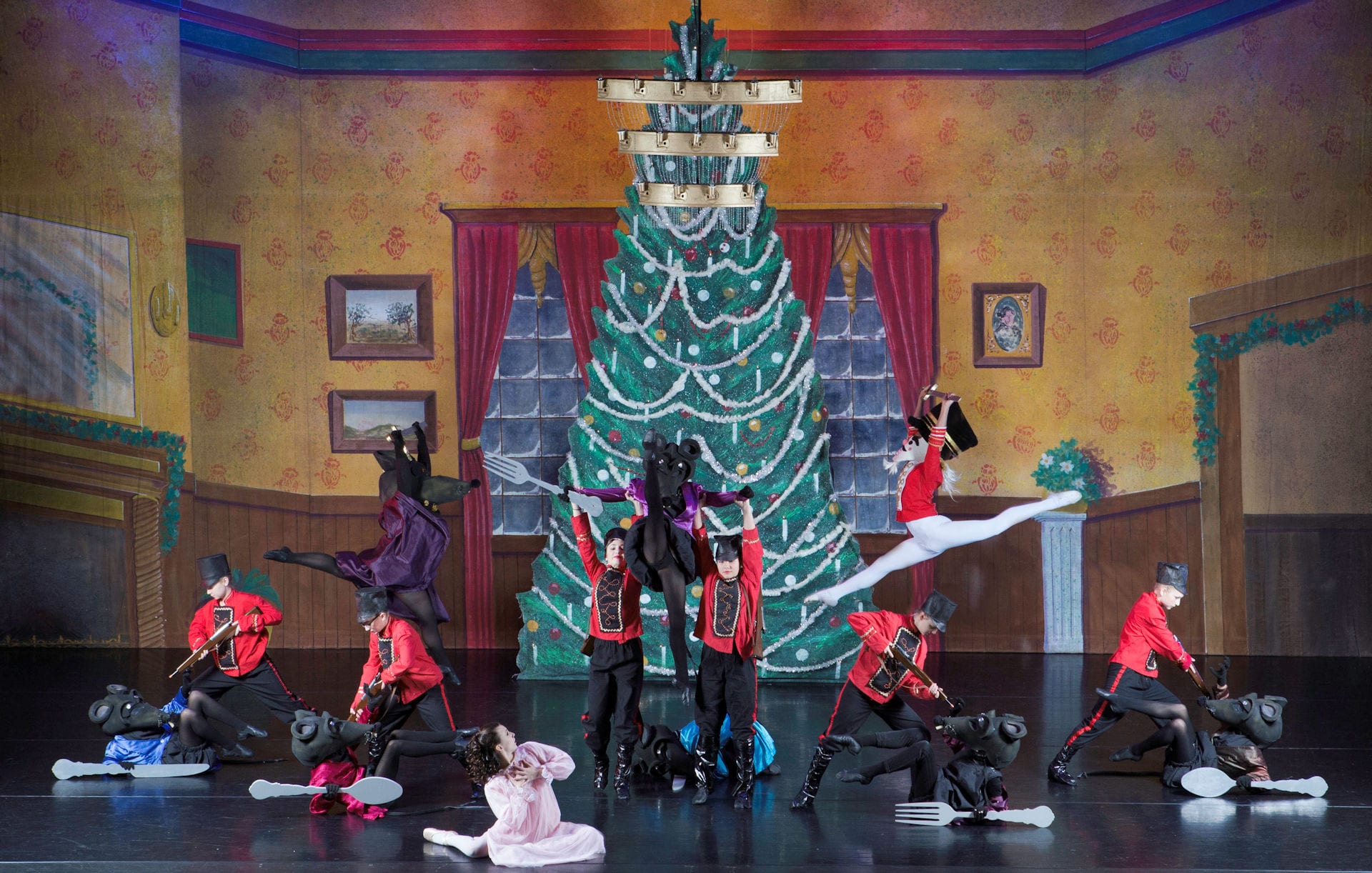 For more than a quarter century, the Beth Fowler dancers and artists, from beginners to professionals, have taken the stage for nights of beauty and wonder, during this annual production to open the Beth Fowler Dance Company’s performance season.

The Beth Fowler Dance Company will perform the holiday classic during four shows at the historic Egyptian Theatre in DeKalb, from Friday, Dec. 3, to Sunday, Dec. 5. The curtain will rise at 7 p.m. on Friday and Saturday, and at 1 p.m. and 6 p.m. on Sunday.

The ballet, featuring the music of Tchaikovsky, tells the story of young Clara who receives a toy

soldier nutcracker at her family Christmas party. That night, her dreams take her into a world

where the nutcracker comes to life and defeats the Rat King in a midnight battle. The

Nutcracker is transformed into a prince, and escorts Clara on a magical adventure through a

snowy forest into the Land of Sweets, before returning her safely home, leaving her to wonder

if it was all just a dream?

In 2020, as the COVID-19 pandemic shut down live theater throughout the nation, Beth Fowler,

artistic director and owner of the Beth Fowler School of Dance, opted to reimagine the long-

running stage production as a feature film, to enable all BFSD dancers to once more experience

the magic of performing, but in a controlled, safe environment.

After producing and screening “The Nutcracker Movie” in January 2021, the live performance

will return to the Egyptian Theater stage.

The live performance will once more feature all of the props, scenery and special effects local

audiences have come to know and love – including the “snow” that gently falls not only on stage,

but also within the auditorium, drawing the audience only deeper into the beauty and magic of “The Nutcracker.”

Beth Fowler and her Company dancers say they can’t wait to leap onto the stage once more, to

earn the applause of a packed house.

“We are all so excited to be performing live again for the first time since our Nutcracker performances in December 2019,” Fowler said.  “This will be a special Christmas to celebrate and we anticipate that many people will come to the Egyptian Theatre, which is  always so beautifully decorated for Christmas.”

Brooke Bend, of St. Charles, will dance the role of the Snow Queen.

Shimmering in a dazzling white tutu, the Snow Queen closes the first act of the show, partnering with the Snow King in a hypnotizing routine with her corps of Snowflakes, setting the stage for Clara to journey on a magical sleigh into the Land of Sweets in Act 2.

“Snow Queen has been my dream role since I began doing Nutcracker,” said Bend. “I love the

music and how beautiful the dance is, and especially how pretty it is when the snow falls from

Bend will partner with the Snow King, portrayed by Jack Goings, of Augusta, Wisconsin.

Goings, now entering his final semester at Northern Illinois University, has acted and danced professionally in productions in Chicago and elsewhere in Illinois and Wisconsin. Fowler hired Goings in 2020 to dance the role of Snow King in the filmed “Nutcracker Movie.”

“I remember walking into the first day of filming and seeing the set on stage and how magnificent it was, it was my first Nutcracker performance and I got to see the beautiful set come to life in front of me as the dancers took the stage,” said Goings.

“I enjoyed working with the studio and all of the talented performers, choreographers, and Beth Fowler herself so much that when she asked if I would be a part of the Nutcracker this year, of course, I said yes. It’s been my pleasure to work with a company that has such a respect for dance as a performance.”

Goings was highly complimentary of Bend, his dance partner for the show.

“She is talented, dedicated, and hardworking,” Goings said. “Dancing with her has been a joy because we both put in so much effort when we dance which then, in turn, makes it easier for the other.”

The cast will be led by Clara Owen, of St. Charles, who will dance her namesake role of Clara.

Owen said she is excited to share her take on this iconic role.

much in previous dances. She danced as the Ballerina Doll, in the stunning party scene for “The

“Filming is nice, but I prefer performing on stage,” said Owen. “Being able to perform in front of

an audience and greet them after is much more fun.”

Bend agreed that filming the movie in 2020 will be an experience she will always treasure.

“Just being able to spend time with my dance friends at the theatre again,” said Bend. “We had

all missed dancing there so much, and we were all so happy to be back, because it made things

Now, Bend and Owen said they and their fellow dancers will be able to help the rest of the

community share in that special holiday magic once more, as well.

‘Christmas season,’ they also hear ‘Nutcracker,’” said Owen. “It is the first year back into a live

show with a live audience, and seeing ‘The Nutcracker’ live is so much more personal.

“We love performing, and we hope you love to see us.”

“The Nutcracker is a beautiful celebration of unity, togetherness and family, as we go into the holidays,” said Goings. “It’s a great way to get your holiday spirit going.”

dance the role of The Nutcracker Prince.

BFDC dancer Emily Fox, of St. Charles, will dance the haunting and iconic role of the Sugar Plum Fairy.

Ben Christian, of Sycamore, will dance the role of Fritz.

BFDC alumnus and current BFSD instructor Jen Flatland, of Hampshire, will dance the role of

Arabian Queen, accompanied by Brandon Fowler, as the Arabian King.

Abby Lewis, of St. Charles, will portray the Rose Queen, leading the show stopping Waltz of the

Addie Funke, of St. Charles, will play the Rat King, who duels with the Nutcracker Prince.

Herr Drosselmeyer, Clara’s toymaker godfather, will be portrayed by Vincent J. Augustine, of

Other members of the large, local cast include Company soloists in various roles and students

from the Beth Fowler School of Dance in children’s roles.

Choreography is by Beth Fowler, assisted by Brooke Fowler. Original choreography in the grand

Reserve tickets can be purchased in advance.

All children’s tickets include a “Meet & Greet” backstage after the show, for a keepsake photo

with the cast. Guests can come to the front of the stage after the performance to be escorted on stage  behind the main curtain.

To purchase tickets, visit www.BethFowlerDanceCompany.com. Tickets also may be purchased

at the door beginning one hour before each performance.